You are the General Manager and CEO of your very own Adventuring Agency, the riskiest yet most lucrative business in the Realm of Astraeus. Recruit adventurers, negotiate their contracts, send them out on dangerous quests and reap the rewards should they make it out alive. Expand your Agency, manage.. 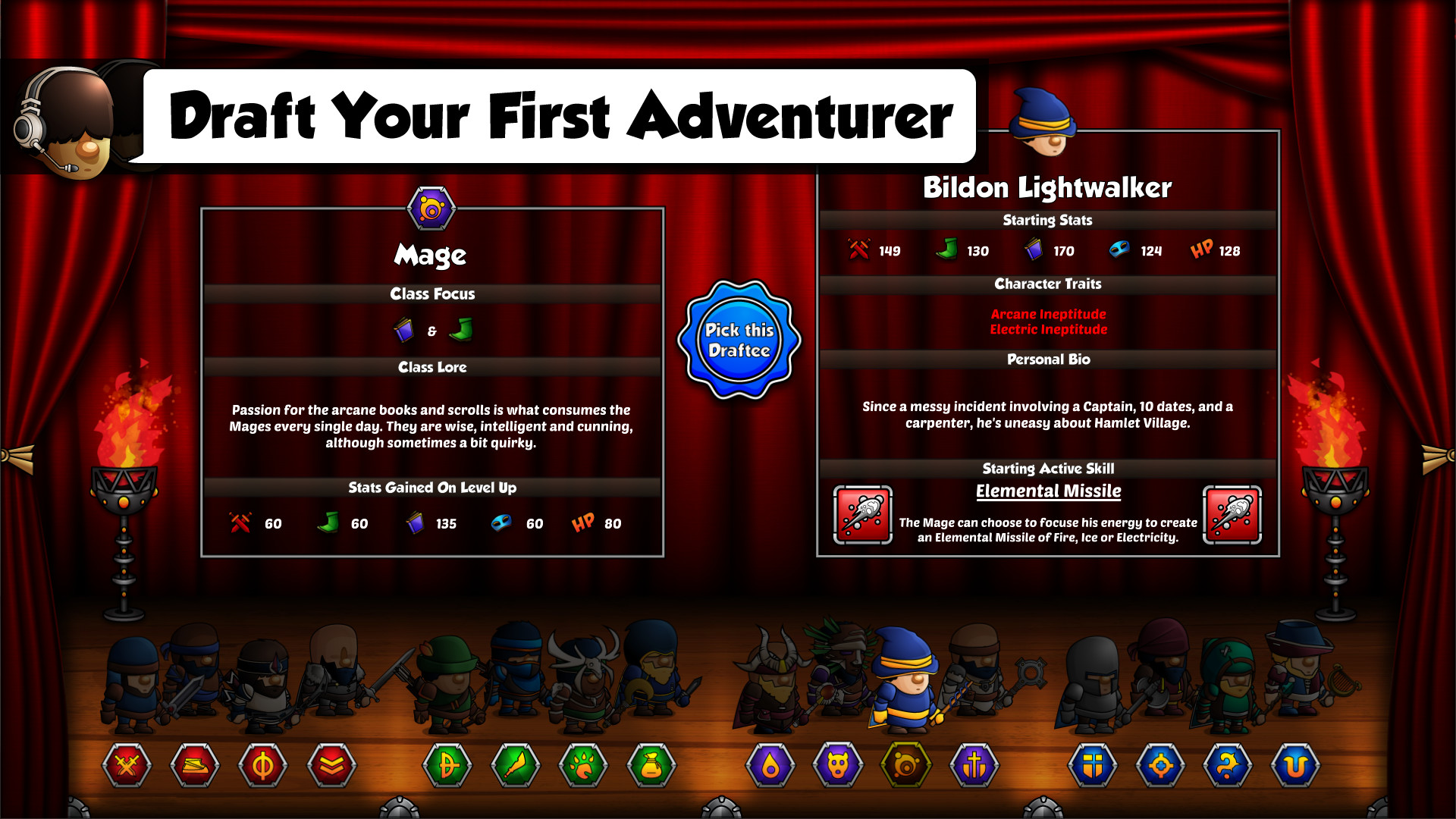 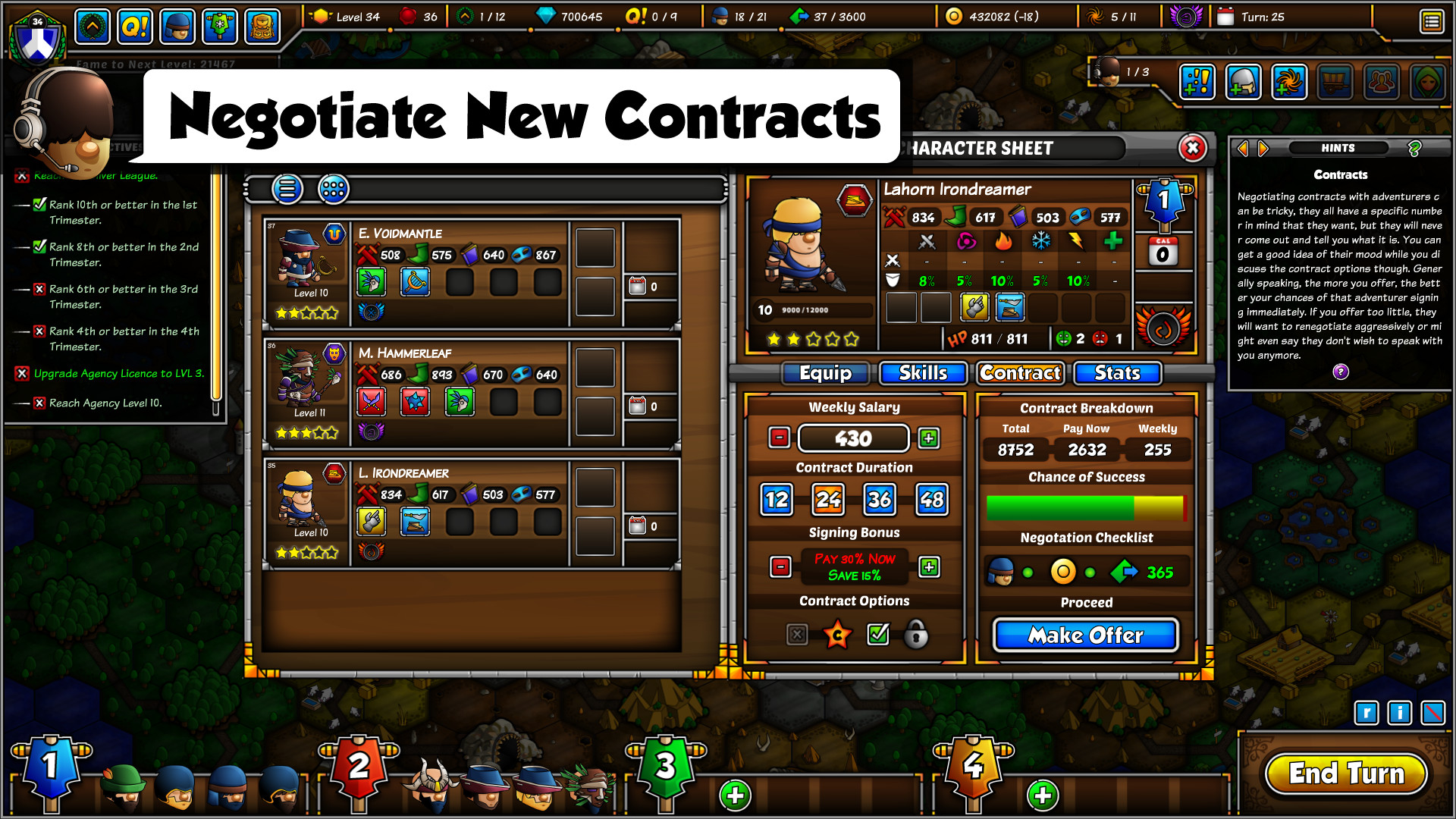 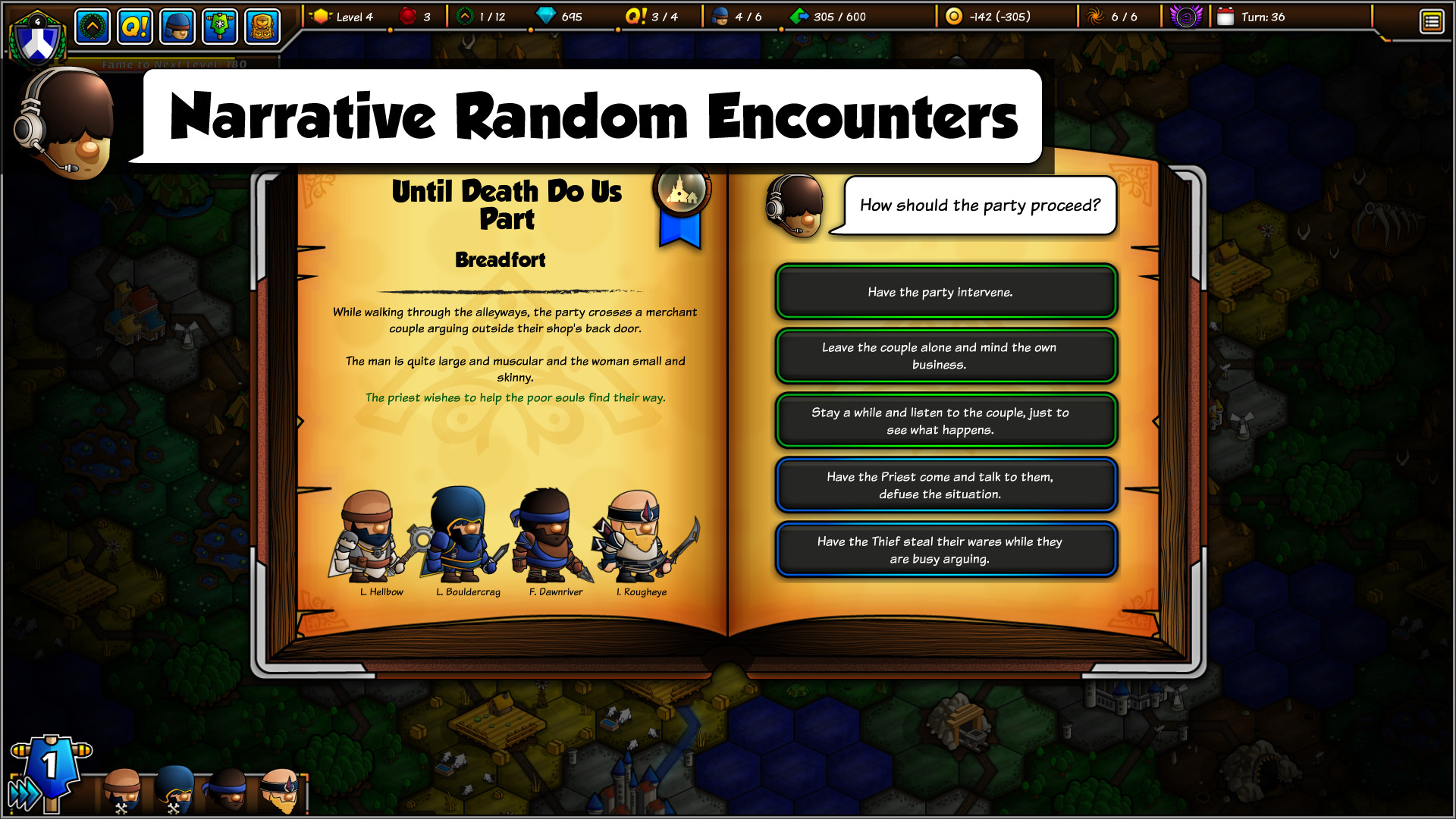 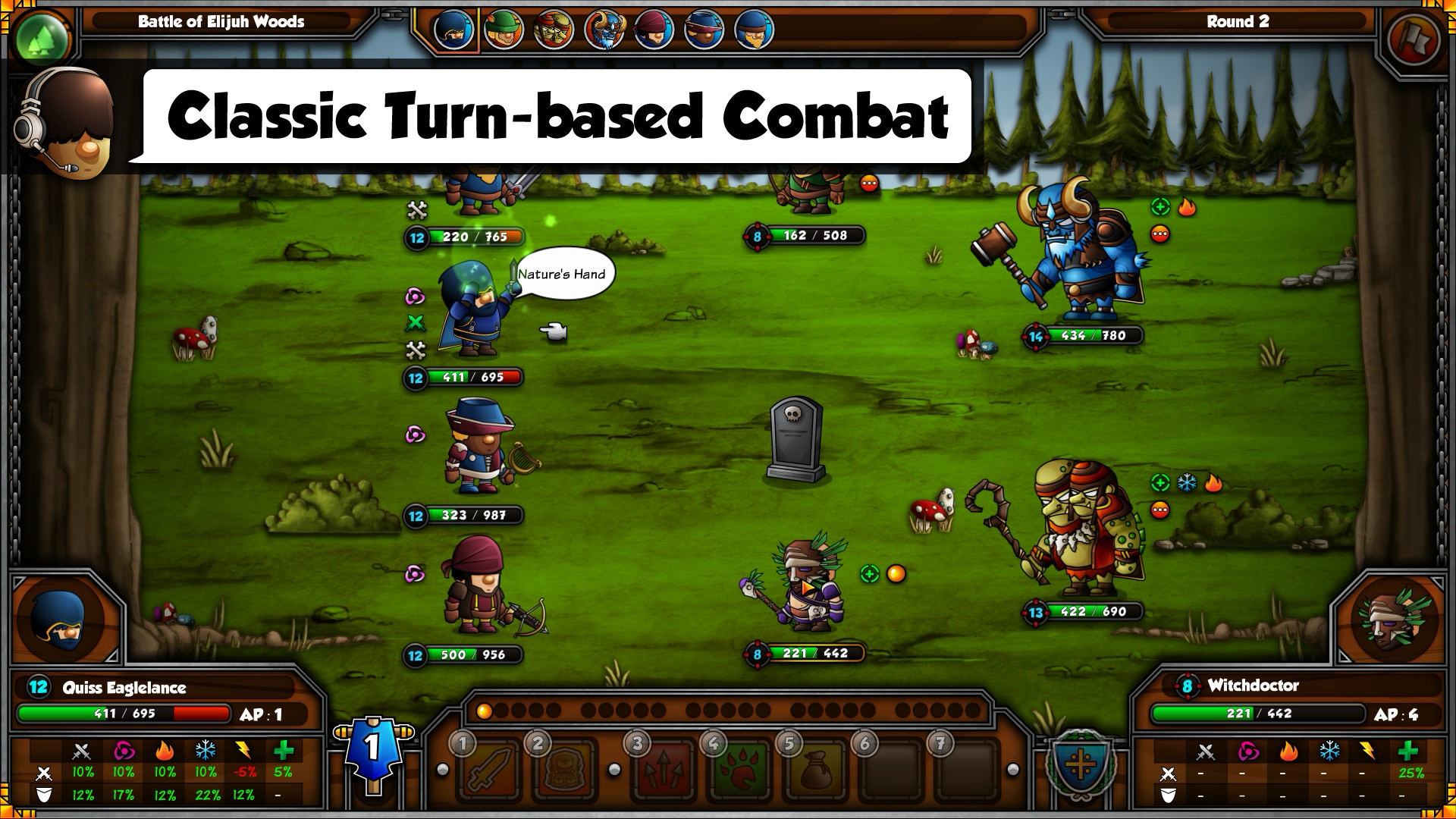 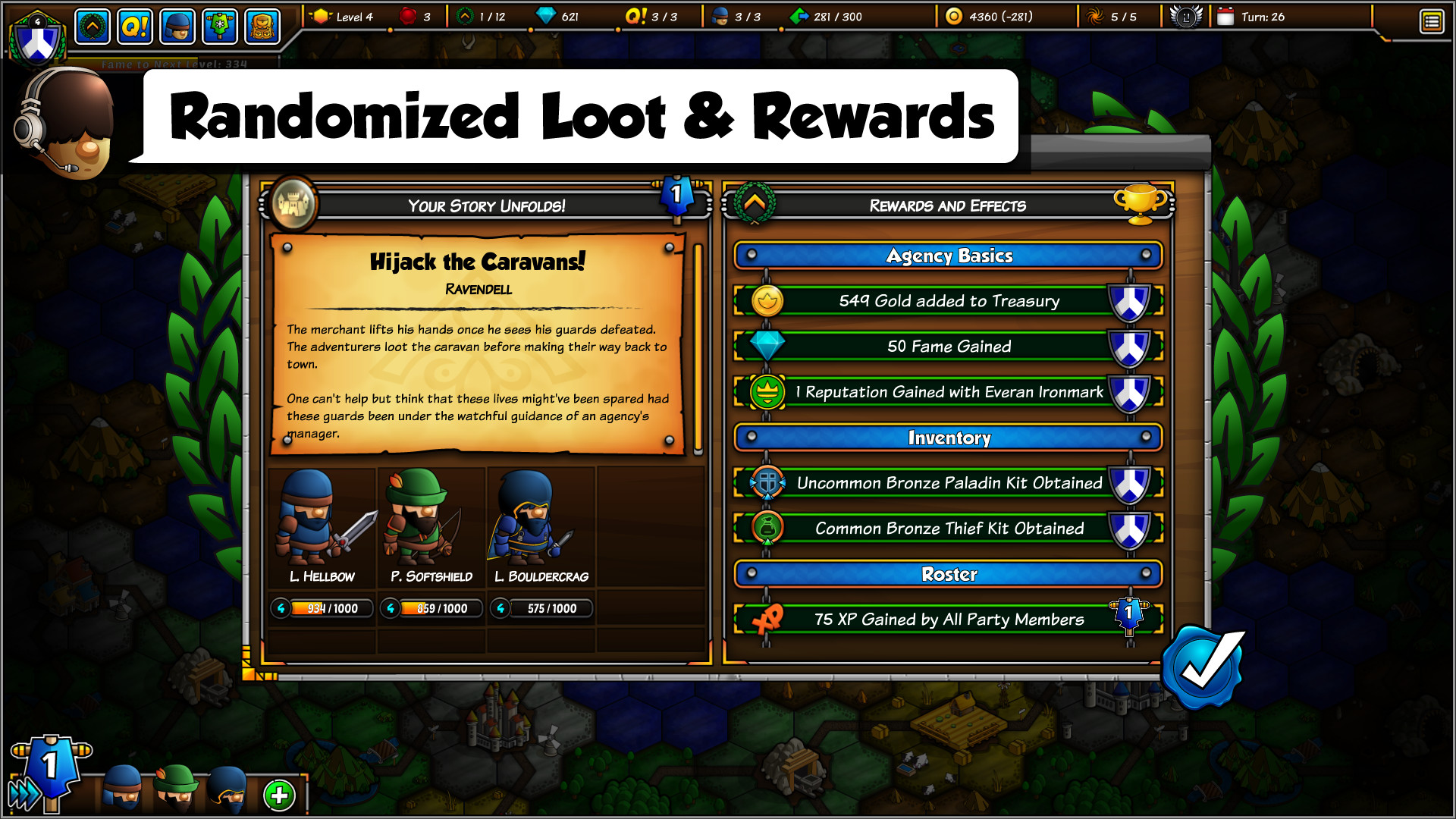 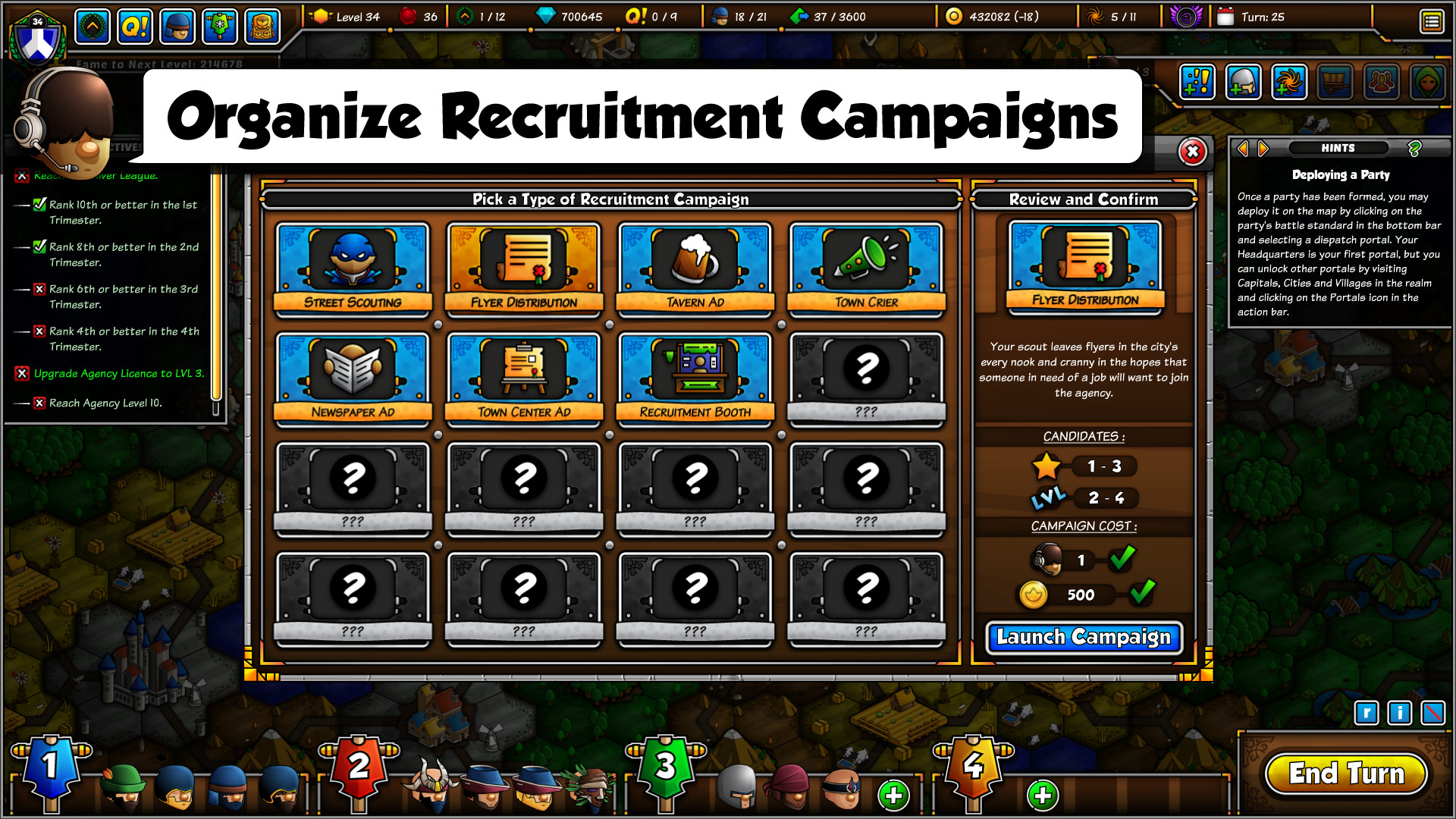 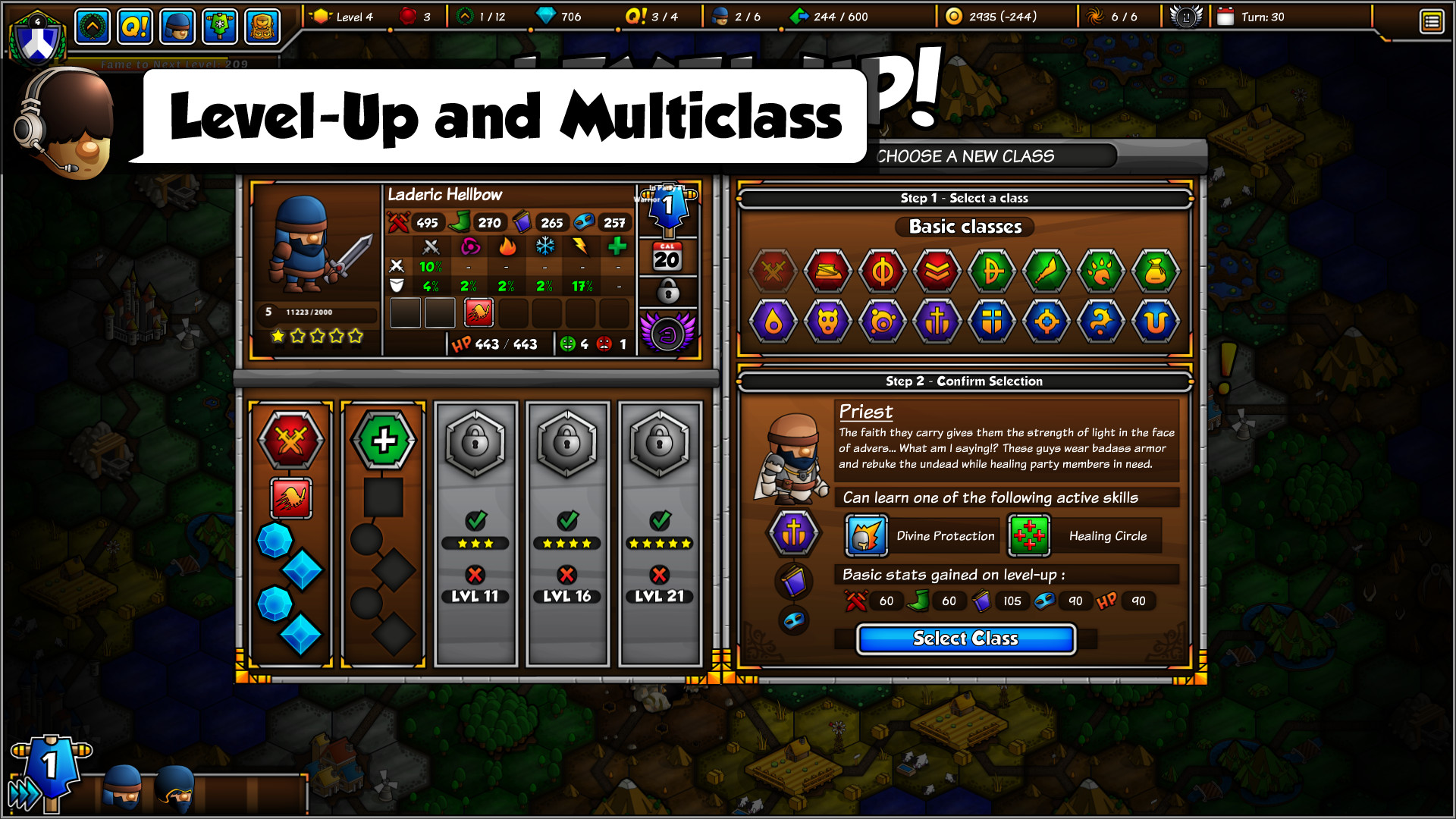 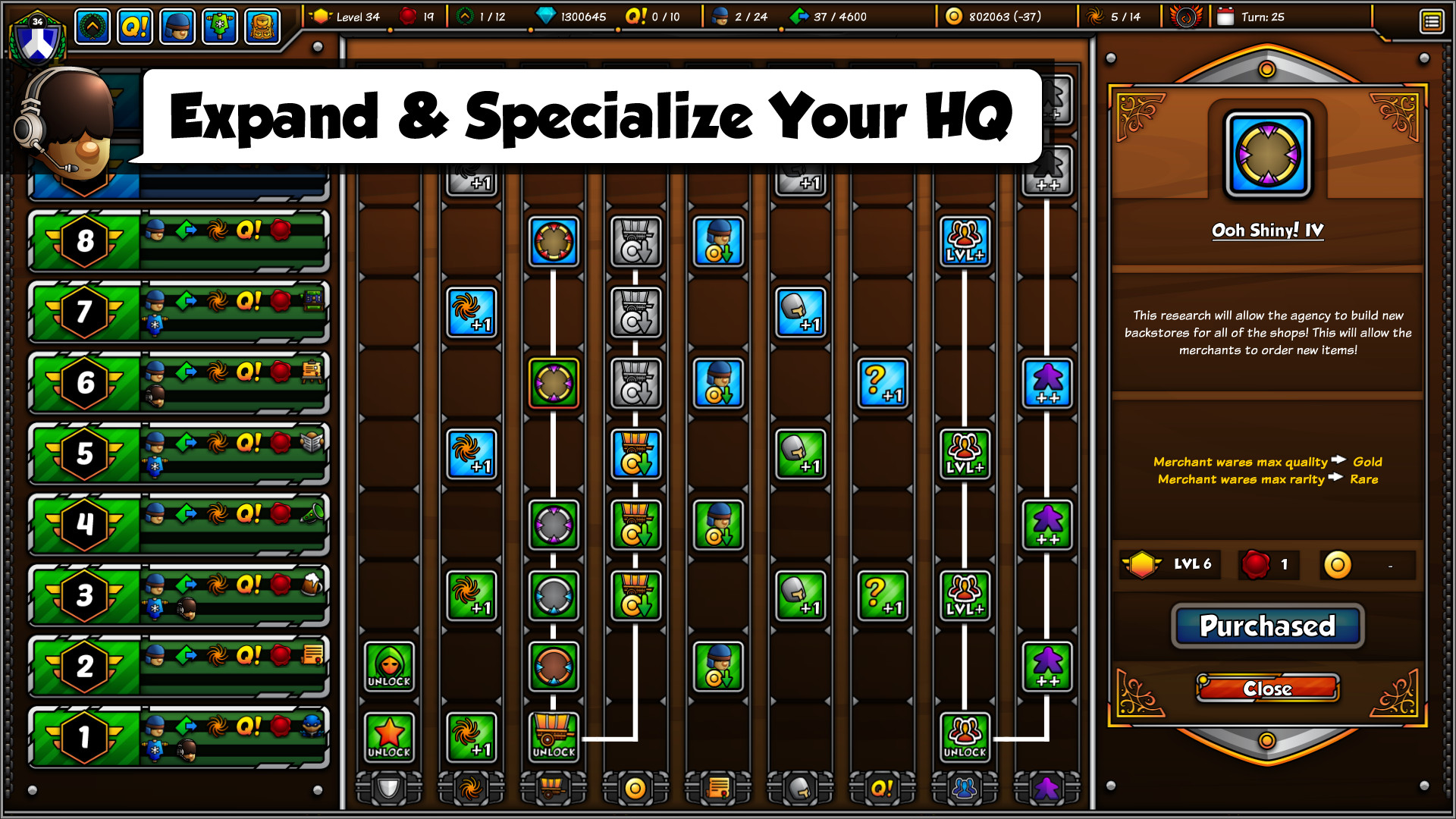 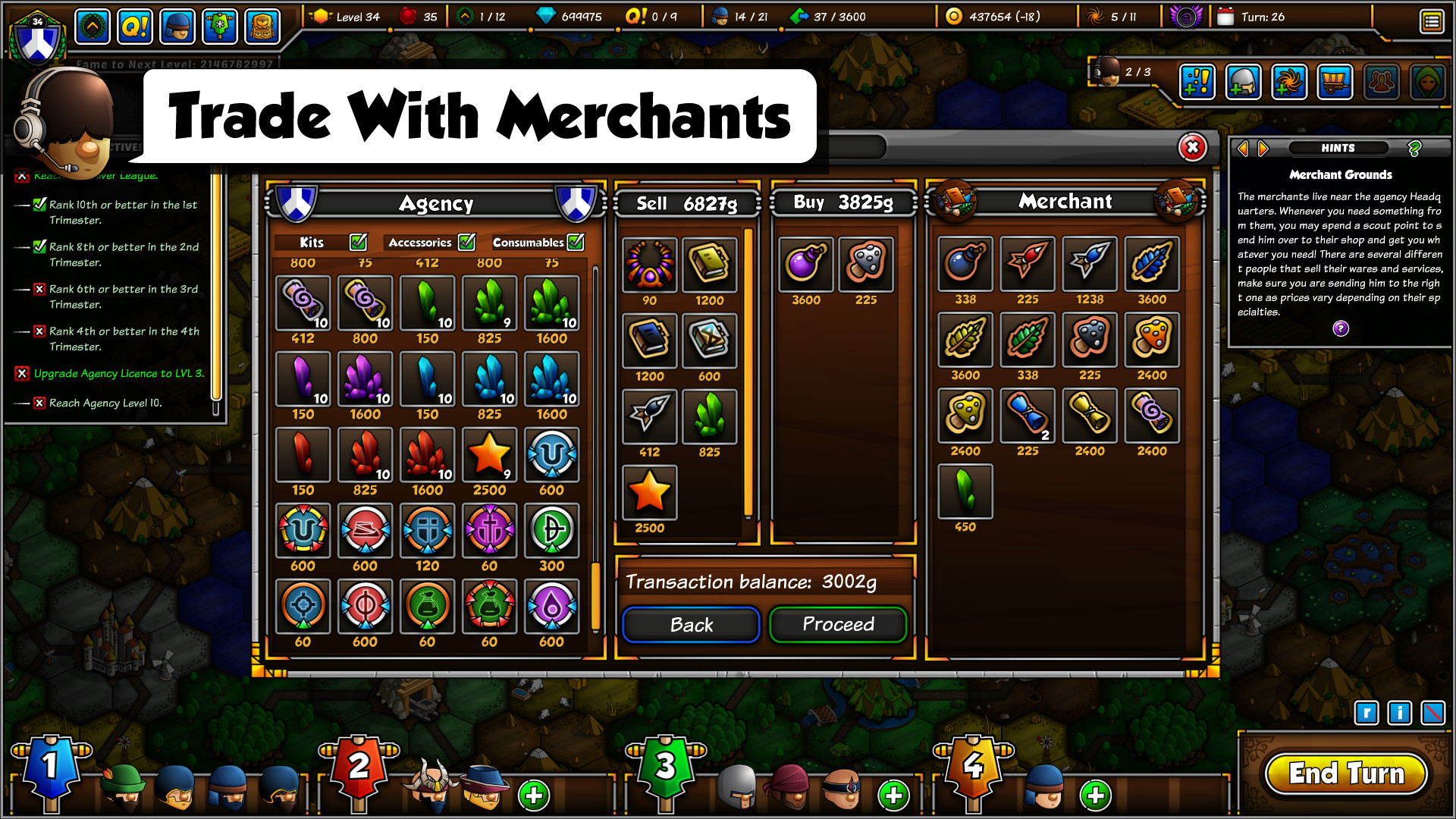 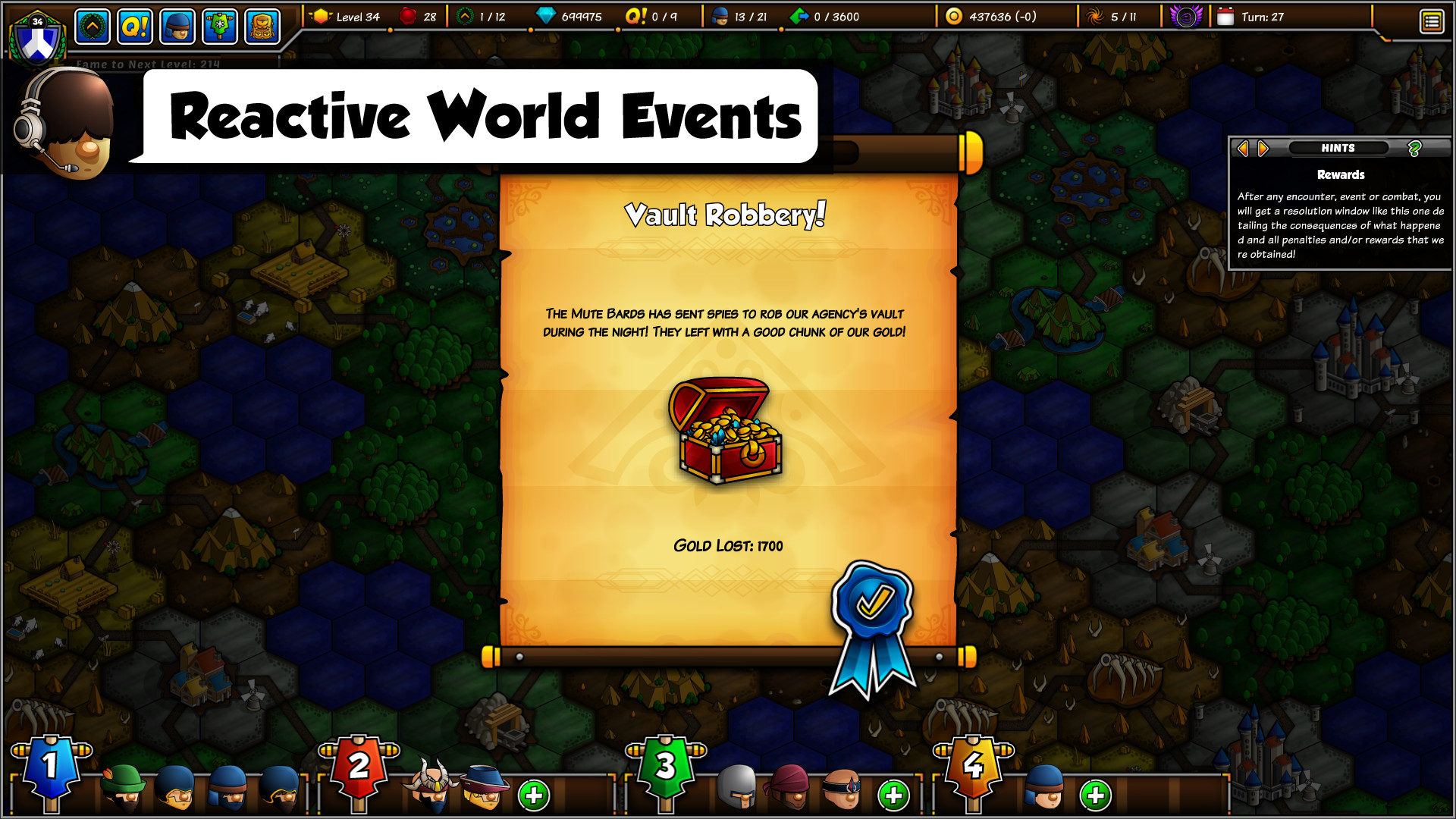 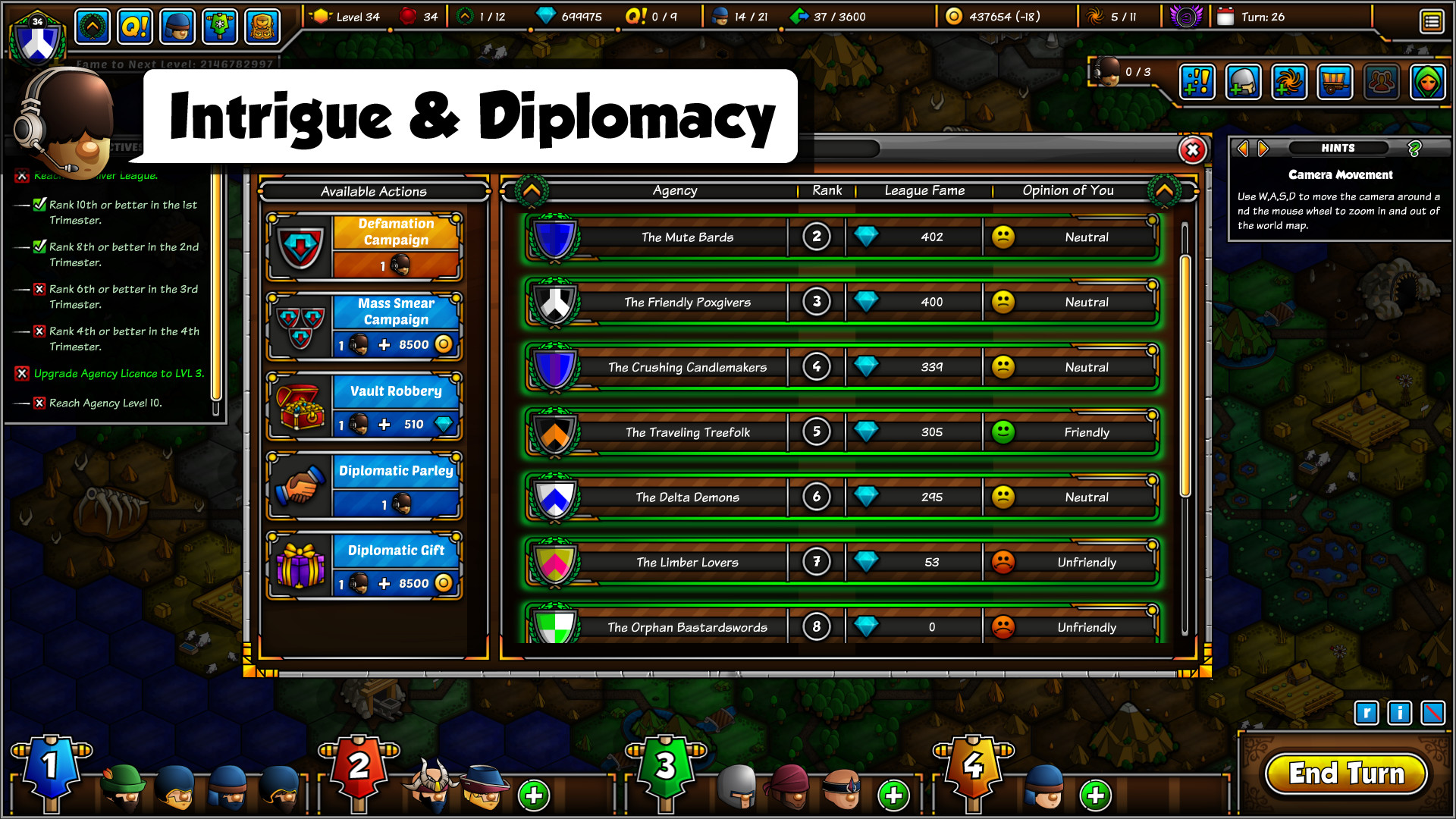 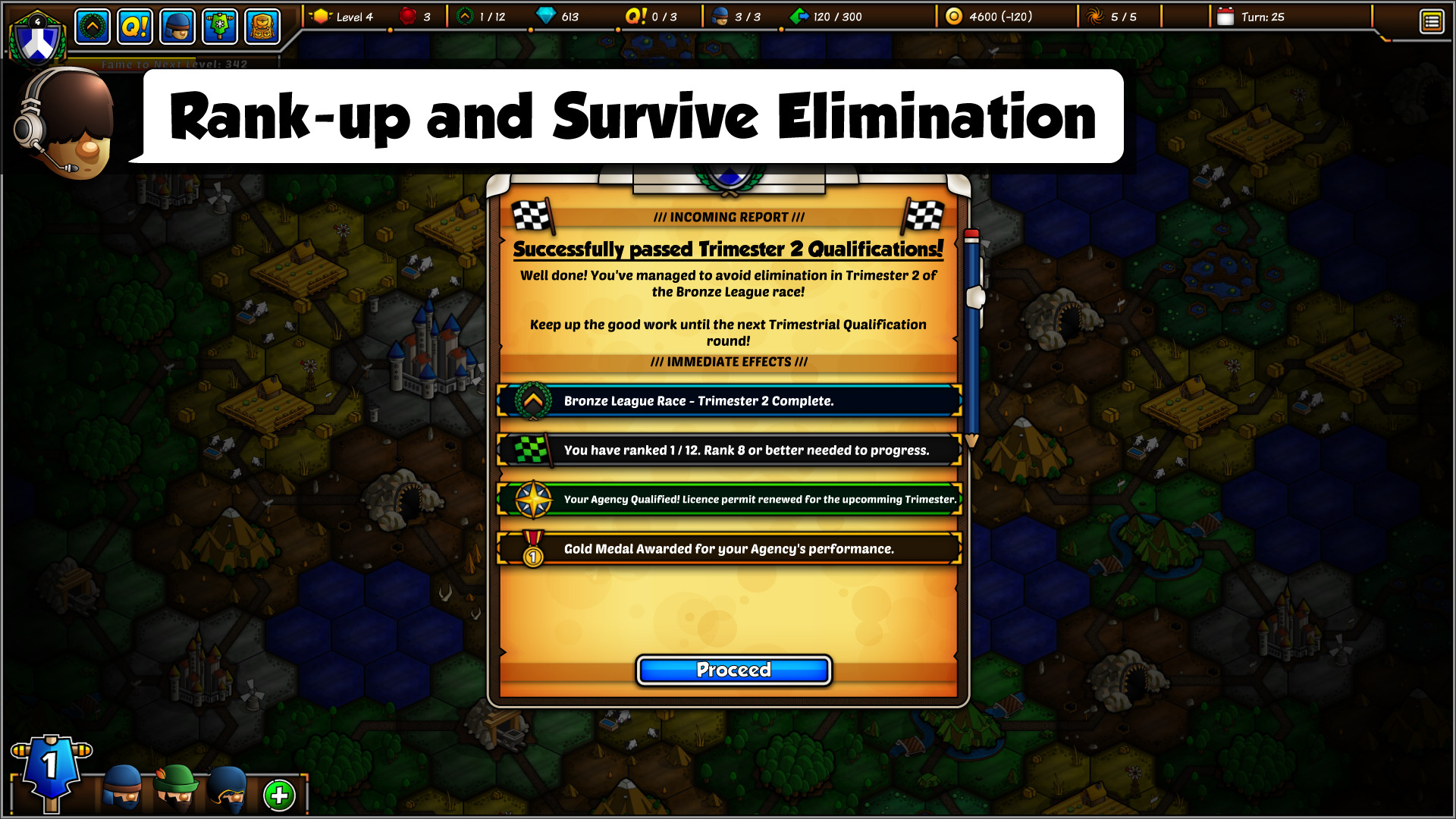 You are the General Manager and CEO of your very own Adventuring Agency, the riskiest yet most lucrative business in the Realm of Astraeus. Recruit adventurers, negotiate their contracts, send them out on dangerous quests and reap the rewards should they make it out alive. Expand your Agency, manage your growing resources and best your competitors to become the Epic Manager!

Epic Manager is a fresh new take on the Tycoon RPG genre, heavily inspired by classics we all know and love! The game presents a unique mix of roster management and character progression found in titles like Football Manager or Final Fantasy Tactics, narrative choices & consequences in the beloved tradition of gamebooks series Choose Your Own Adventure, the epic scope of a D&D campaign or a Lord of the Rings novel and the humoristic tone of The Princess Bride, all in one awesome package!

Your goal is to gain the title of Epic Manager by becoming the most famous Adventuring Agency in the vast Realm of Astraeus.

Send agents on the field to prospect new job opportunities, scout the dangers ahead, recruit new adventurers, negotiate their contracts, organize them in parties and complete dangerous quests to earn more fame than your rivals and climb the rankings of the League Ladder!

Along with managing your contracts and jobs, you’ll also hire support staff, trade with the local merchants, upgrade your agency’s HQ, research new abilities and upgrades, expand your reach across Astraeus and interact with competitors by using intrigue and diplomatic actions.

Adventurers are the backbone of your Agency. To find them, you’ll first need to organize recruitment campaigns across the Realm, then negotiate contract terms with those who present suitable talents, traits and growth potential!

Add recruits to your ever-growing roster of unique characters and manage their progression as they gain experience and level-up. Experiment with the endless combinations and powerful synergies offered by our Multi Class system and build parties suited for every situation.

Discover an emergent narrative shaped by YOUR actions. As your forces move on the map, they will come across an ever-growing bank of Random Encounters, narrative mini-scenarios giving you many choices on how to proceed. In some cases, having a specific class in your party will even reveal special hints and hidden options!

In each campaign, actions you make will influence the ruthless political web of Astraeus and modify your reputation with each of the game’s 12 factions. Encounters and quests you decide to complete will lead to job opportunities that might not have available to you otherwise. As your agency grows, you’ll also use the Tech Tree and spend research points to unlock new abilities and specializations that fit your own play-style.

As the commander-in-chief, you’ll get to take command of your adventurers as they meet increasingly dangerous foes on the battlefield. The parties you create will allow for powerful class and character synergies to stack the odds in your favor, as you make the best use of the hundreds of items, skills and spells at your disposal.

Scout battles in advance to gather intelligence about the enemy forces and better exploit the weaknesses of dozens of enemy types inspired by bestiary classics : Goblins, Orcs, Ratmen, Gnolls, Skeletons, Zombies, Giants and many more!

Some adventurers will grow from rookies to heroes, legends even, while others will quickly meet an untimely end. Such are the dangers of being an adventurer!

Epic Manager features many procedurally generated content like randomized adventurers, equipment items and quest rewards to make each play-through different from the next! We want Astraeus to feel like a living world that reacts to you, just as you react to it. World Events, Random Encounters and RNG-based dice rolls will determine the consequences of some of your choices, changing the priorities of your Agency’s day-to-day operations.

Scattered in Astraeus are very familiar and powerful characters. Some, like the Shovel Knight and Rogue Legacy Knight might be easy to find, others not so much - look for them as your forces venture across the Realm!

ManaVoid Entertainment is a small but dedicated four-man Indie Studio based in Montreal, Canada.
http://www.manavoid.com

All of Epic Manager's SFXs and Original Sound Tracks were created by our talented collaborators and friends over at GeekSound Factory.
http://www.geeksoundfactory.com